The House voted to repeal the 2002 authorization for the invasion of Iraq, and the Senate will consider doing so as well in a rare debate over war powers.

WASHINGTON — The House voted on Thursday to revoke the authorization it gave in 2002 to invade Iraq, a step that would rein in presidential war-making powers for the first time in a generation.

The bipartisan action reflected growing determination on Capitol Hill to revisit the broad authority that Congress provided to President George W. Bush following the Sept. 11, 2001, attacks through measures that successive presidents have used to justify military action around the world.

The 2002 authorization was repeatedly applied well beyond its original intent, including in a campaign much later against the Islamic State in Iraq and for the killing of the Iranian general Qassim Suleimani last year.

The vote was 268 to 161, with 49 Republicans joining 219 Democrats in favor of the bill. The debate now moves to the Senate, which is expected to take up similar legislation as the United States military completes its withdrawal from Afghanistan after nearly two decades of fighting there.

“To this day, our endless war continues costing trillions of dollars and thousands of lives in a war that goes way beyond any scope that Congress conceived, or intended,” Representative Barbara Lee, Democrat of California, who has fought for nearly two decades to remove the authorizations, said on the House floor.

Senator Chuck Schumer of New York, the majority leader, said on Wednesday that he would put a similar measure on the Senate floor. A blueprint written by Senator Tim Kaine, Democrat of Virginia, and Senator Todd Young, Republican of Indiana, will be considered next week by the Foreign Relations Committee.

President Biden said this week that he backed the House measure, making him the first president to accept such an effort to constrain his authority to carry out military action since the war in Afghanistan began 20 years ago. Mr. Biden’s decision came on the heels of announcing a full troop withdrawal from the country.

The congressional action amounts to a rare debate over presidential war powers and the degree to which the conditions that led the House and Senate to give Mr. Bush broad authority after Sept. 11, 2001, should be left in place. Over many decades, Congress has effectively ceded much of its power to declare war to the presidency, leaving some lawmakers in both parties uneasy.

Even if the Senate joins the House in repealing the 2002 authorization, Congress would still leave in place a much broader authorization, passed three days after the Sept. 11 attacks, on approving the use of force against Al Qaeda and the Taliban. Successive presidents have cited the 2001 authorization to justify operations against “associated forces,” and critics say it has given presidents excessive latitude to wage “forever wars” without further congressional approval in the Middle East and beyond.

Until now, the Senate has refused to bring up legislation to repeal the authorization of military force, and the House has done so only as an amendment to broader legislation that never went anywhere.

But recent support for repeal of the 2002 authorization — once almost nonexistent in either party in the Senate — has greatly increased across the political spectrum, a product of war fatigue among lawmakers, a majority of whom were not in office in 2001 and 2002, and the veterans who fought in them.

“It has been nearly 10 years since this particular authorization has been cited as a primary justification for a military operation,” said Mr. Schumer, who voted for the 2002 measure, known as the Authorization for Use of Military Force. “It no longer serves a vital purpose in our fight against violent extremists in the Middle East.”

Scores of Republicans joined Democrats in the House repeal, in spite of aggressive pushback from Representative Michael McCaul, the highest ranking Republican on the House Foreign Affairs Committee. While he agrees the authorizations should go, he said, it must be replaced, and he questioned the timing of the vote. “This, in my judgment is not a serious legislative process,” Mr. McCaul said. “This feels like yet another political effort to undo one of President Trump’s bold U.S. counterterrorism successes.”

At least five Senate Republicans, including Mr. Young, have signed on to that chamber’s measure. Several others said this week that they were open to considering the repeal.

“I think the A.U.M.F.’s have been interpreted too broadly,” said Senator Ted Cruz, Republican of Texas. “I’m for Congress asserting its powers in war.”

A broad coalition of antiwar interests see a vote to repeal the 2002 measure as a step across the threshold of a bigger and perhaps long-term effort to chip away at presidential imperatives.

“This is one battle in a long war,” said Dan Caldwell, a senior adviser at Concerned Veterans for America, a conservative organization.

His group, which receives substantial backing from the conservative donor Charles G. Koch, has regularly worked with left-leaning groups.

“I am increasingly confident in our coalition’s ability to not only achieve a repeal of the 2002 A.U.M.F., but in the long run to also outright repeal the 2001 A.U.M.F. or substantially narrow its focus, so it can’t be so easily abused by presidents of both parties,” Mr. Caldwell said.

Many Republicans — and some Democrats — are likely to resist.

“We want to keep the 2001 one,” said Senator James M. Inhofe of Oklahoma, the highest-ranking Republican on the Senate Armed Services Committee. If the 2001 authorization is maintained, Mr. Inhofe said, “then the 2002 one would be expendable.”

Unlike declarations of a major conflict like World War II, authorizations for use of force are typically intended for limited use for a specific mission or region like Vietnam, Iraq and Afghanistan.

By repealing the 2002 authorization and spurring debate about the 2001 measure, lawmakers and their supporters hope that Congress will gain new leverage to approve engagements as they come up.

In turn, they believe, presidents will be more politically sensitive to using their powers to carry out military actions absent specific approval from Congress. Mr. Kaine, for instance, said Mr. Biden’s recent airstrikes in Syria, which he ordered without congressional authorization, “show that the executive branch, regardless of party, will continue to stretch its war powers.”

President Barack Obama more or less dared Congress in 2015 to debate the use of military force abroad, but both parties refused for opposite reasons. Republicans were loath to grant Mr. Obama authority because they disapproved of his foreign policies, and Democrats were still stinging from the vote in 2002 to authorize the war in Iraq.

But time and the resident of the White House have shifted the ground, and a broad group supports a repeal of the 2002 authorization including the conservative Heritage Foundation and Concerned Veterans for America, as well as VoteVets, a liberal nonprofit group that supports Democrats, and the American Legion, the veterans’ advocacy group.

Mr. Obama sent mixed messages about his view of presidential war powers, and President Donald J. Trump would have vetoed efforts to eliminate the 2002 authorization. But Mr. Biden, who was once the chairman of the Senate Foreign Relations Committee, has always been more sympathetic toward the constitutional role that Congress has on matters of war.

“The president is committed to working with the Congress to ensure that outdated authorizations for the use of military force are replaced with a narrow and specific framework appropriate to ensure that we can continue to protect Americans from terrorist threats,” the White House said in a statement.

The remaining uncertainty may be one or two Senate Democrats and several Senate Republicans who remain skeptical of the repeal. This week, Senators Joni Ernst of Iowa, Susan Collins of Maine, Josh Hawley of Missouri, John Thune of South Dakota and other Republicans said in interviews that they were open to repeal of the 2002 measure.

“It’s something we’re all I think going to be looking at,” Mr. Thune said.

Mr. Young, a retired Marine captain, may be persuasive in helping round up Republican support for the Senate bill being pushed by Mr. Kaine, who has worked on this issue for decades.

“We all respect and admire Senator Young,” said Senator John Cornyn, Republican of Texas, who added that he found the repeal without particular merit. “He’s a Marine, a veteran, he’s got a lot of street cred. I have to say he will be influential.” 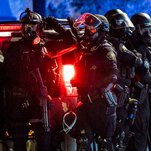 50 Police Officers Step Down From a Crowd Control Unit in Po... 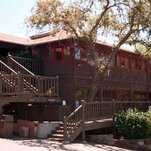 Thacher, a California Prep School, Apologizes for Past Sex A... 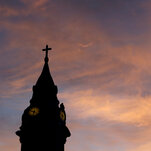